Witness the biodiversity of Tubbataha Reefs 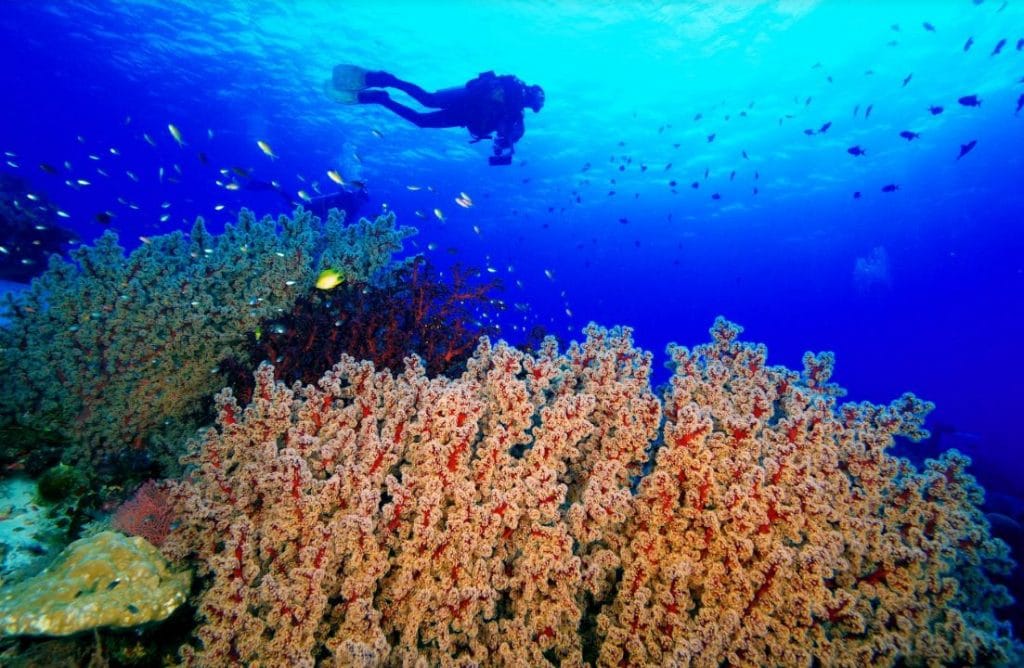 Tubbataha Reefs is undoubtedly one of the best dive spots in the Philippines. It is nestled within the Northern point of the Coral Triangle. Tubbataha Reefs Natural Park is recognized as the sole Asian UNESCO WORLD heritage site that is marine in nature. You can access this amazing dive site via scuba diving liveaboard ships.

The islets of Tubbataha Reefs Natural Park provide a safe refuge for 100 species of birds including rare migratory birds. Its surrounding waters are home to 360 species of corals (about half of all coral species in the world). 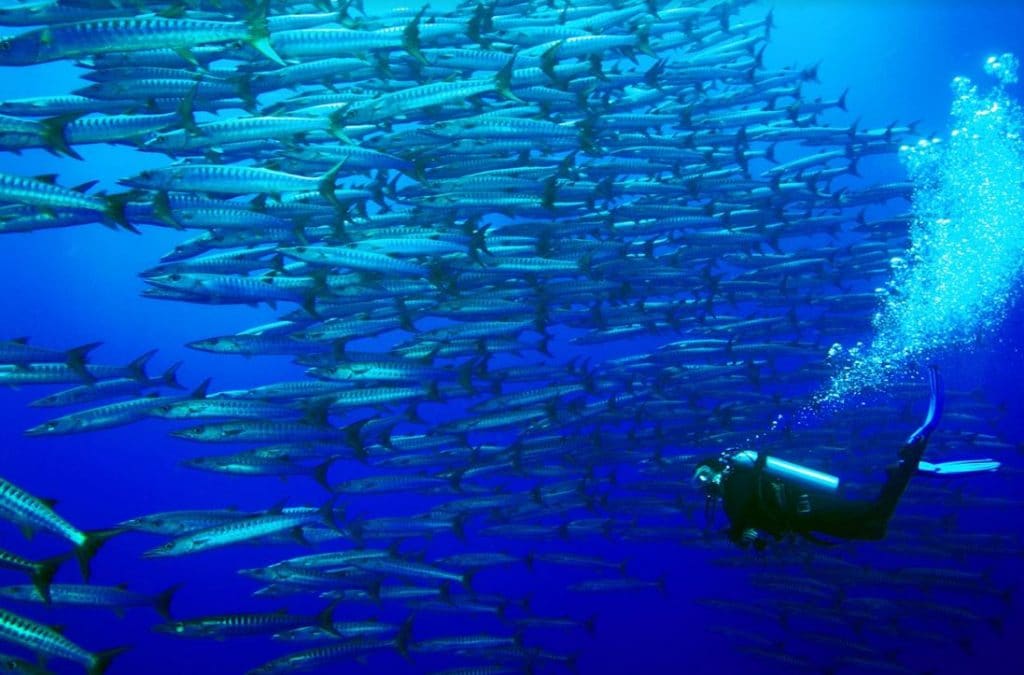 There are more than 600 fish species in these waters. It’s no wonder that this underwater testosterone enanthate injection for sale world is filled with mesmerizing colors, shapes, sizes, and patterns.

You can encounter a wide variety of surgeonfish in the natural park such as the Japanese Surgeonfish. This species has a white patch on its upper jaw below its eyes and yellow base on its pectoral fins. You may also spot the striped Surgeonfish which displays remarkable blue and yellow bands.

You may come across a unicorn fish which is a weird-looking fish with a protruding body extension that resembles a nose or a horn. Locals call this unusual fish “Sinungay”. Some species that have been spotted in the area are the Whitemargin Unicornfish, Bluespine Unicronfish, and Spotted Unicornfish.

Triggerfish are also abundant in these waters. They come in different colors like black, grey, blue, yellow, and orange. The Clown Triggerfish is one of the most striking triggerfish that you may encounter. It stands out because of its fantastic coloration. It is also easily recognizable by the large white spots on its dark lower half of the body. The Clown Triggerfish generally has a white or yellow stripe on its snout and a bright yellow or orange mouth.

Wrasses like the Critically Endangered Napoleon wrasses, also called Humphead Wrasse live in this rich marine environment. The endangered reef species are highly vulnerable to overfishing but they have a chance to bring up their numbers again in this protected natural park.

Get a chance to swim with a school of barracuda. These predatory ray-finned fish are incredibly fast swimmers and can grow to almost 6ft. in length.

There’s a chance that you might spot a moray eel like the Giant Moray which can grow up to 3 m in length and weigh as much as 30 kg. This carnivorous creature opens and closes its wide mouth to keep water circulating over its gills in order to breathe properly.

Turtles are without a doubt, one of the most popular creatures in the ocean and it’s always a treat to see them swimming in their natural environment. You may come across a cruising turtle when diving in the Tubbataha Reefs Natural Park because it serves as an important nesting and development site for endangered marine turtles, particularly Hawksbill and Green Sea Turtles. When diving with sea turtles, remember not to touch them. Always make it a point to give them personal space to avoid stressing the animal. When the turtle swims away, never chase after it because it might feel threatened. 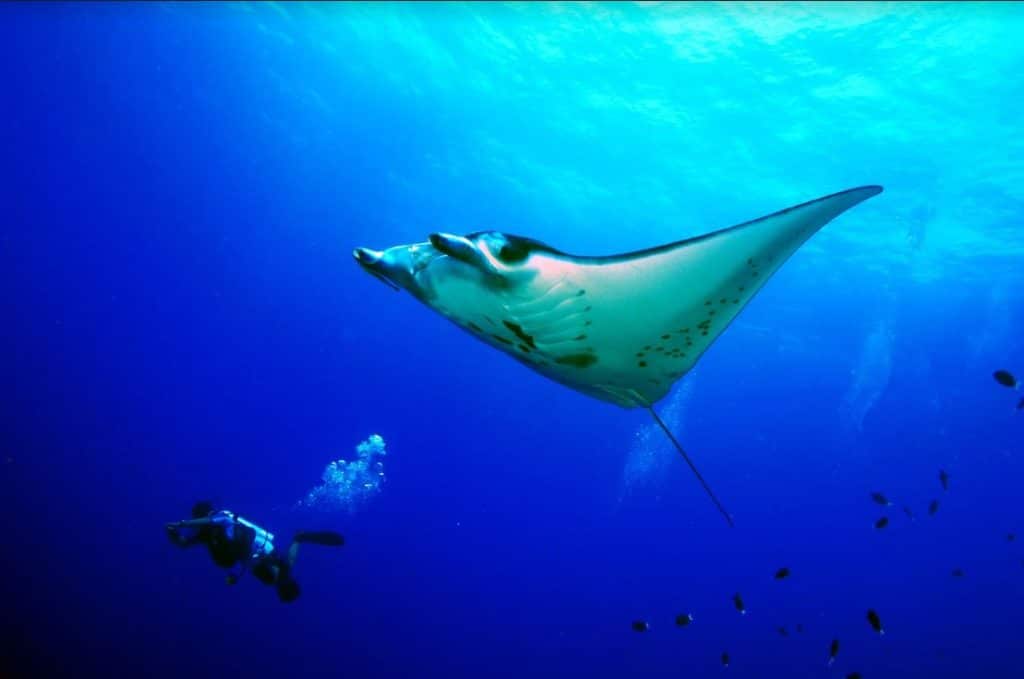 The graceful manta ray is another captivating creature that you may see when diving in Tubbataha Reefs. Watching one glide in the water is like watching a huge predatory bird effortlessly flapping its wings.

There’s also an opportunity for shark sightings since Tubbataha Reefs is a haven for 11 species of shark such as threshers, hammerheads, and tiger sharks. It is also known for having the largest density of white tip reef sharks.  Tiger sharks, known as lone predators have been seen swimming in groups along Tubbataha Reefs.

Tubbataha’s dive season typically begins mid-March until mid-June because it is during this time of the year when diving conditions are most favorable. You can expect clear weather, calm seas, and optimal visibility between 30 and 45 meters. Sign up for our upcoming liveaboard Philippines to witness the biodiversity of Tubbataha Reefs National Park with your very own eyes.