How to support conservation of marine turtles

Did you know that sea turtles have been roaming the seas for more than 200 million years? These ancient creatures have taken on a successful evolutionary journey. They have survived many challenges through centuries.  Sadly, the increase of natural and human-related pressures are endangering some species. 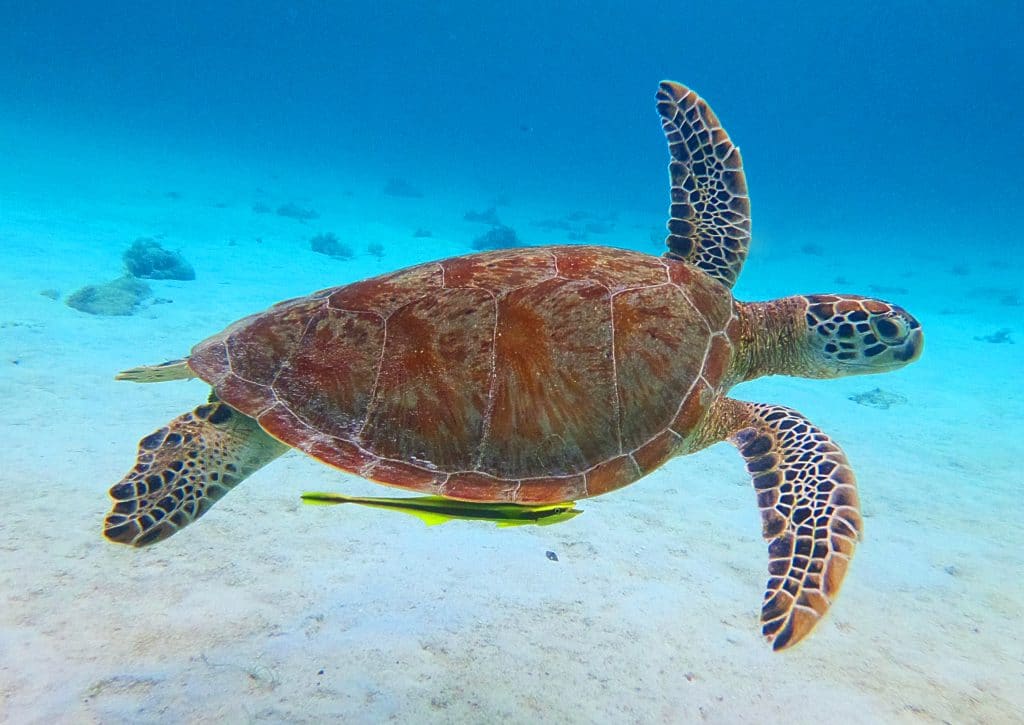 Sea turtles found in the Philippines

Green turtles are widely distributed in the Philippines especially in the Turtle Islands, Tawi-Tawi. A few Hawksbill sea turtles are found in the Philippines but they are considered critically endangered. Hawksbill turtles are highly targeted by fishermen because of the value of their shells. Olive Ridleys have been spotted nationwide with recorded nestings in Bataan and Zambales. Loggerhead sightings have bee reported in Albay, Basilan, and Palawan. Leatherbacks also inhabit feeding grounds in Philippine waters but no nesting ground has been recorded.

Tens of thousands of sea turtles die each year because they get trapped in gill nets, longlines, and trawl nets. The poor victims are discarded as fisheries’ bycatch. Sea turtles that are accidentally caught often drown. They are unable to reach the surface to breathe. The marine turtles that avoid fishing nets still suffer from diminished food supply and destruction of habitat.

Sea turtles and other marine creatures are victims of marine pollution. Some of the major pollutants harming sea turtles are discarded fishing gear, floating plastic, petroleum by-products, and other floating debris. Turtles that mistake plastic and other debris as food ingest them. Many unsuspecting turtles also get entangled in nets. Ocean pollutants disturb nesting females and hatchlings.

It’s a sad reality that some countries still think of turtles as exotic food or use their parts for medicinal purposes, leather, and jewelry. The hawkbill turtles are one of the hardest-hit species because they are targeted for the price of their shells. Global conservation efforts have helped reduce the trade of shells but the black market for turtle commodities still exists in some parts of Asia, Africa, and the Americas.

The looming problem of climate change is also affecting sea turtles. Scientists have noticed a change in the natural sex ratios of hatchlings. Climate change has also resulted in the rise of disease outbreaks. In addition, climate change has increased the frequency of extreme weather events. These severe weather conditions have led to the destruction of nesting beaches and coral reefs.

How can we help the sea turtles 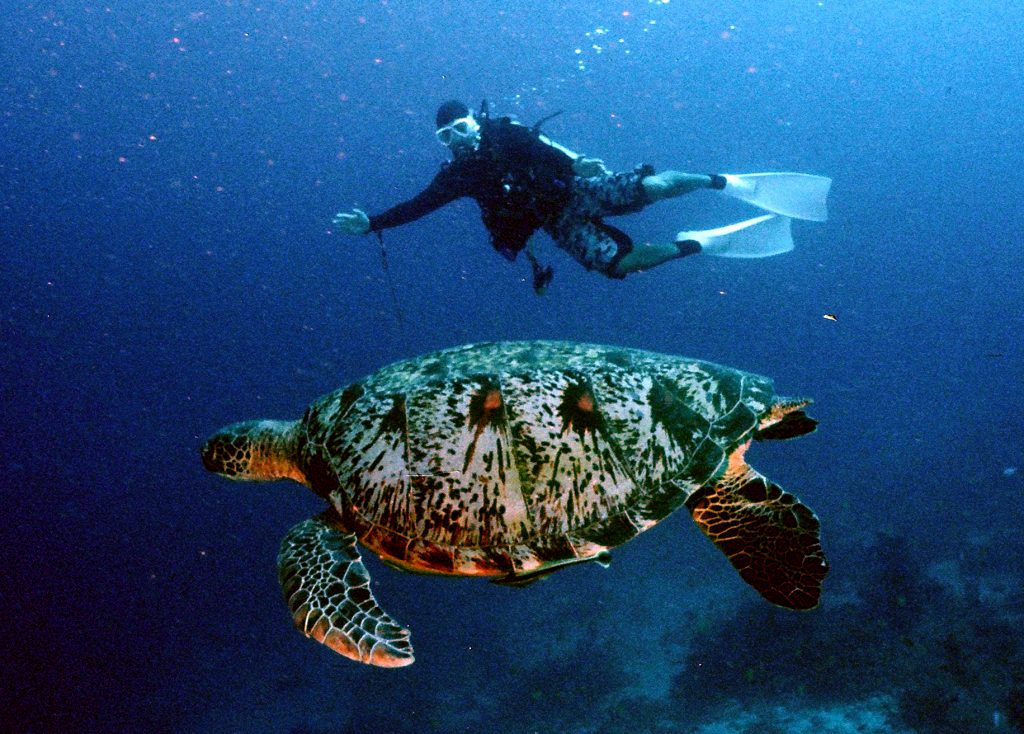 Human activities are linked to the degradation of sea turtle habitats and the decline of the population of various species. Even tourism activities that view marine turtles as attractions can become a threat to these marine creatures.

It’s not too late for our beloved sea turtles. We can help reduce human-related threats through dedication and combined efforts. Here are some ways to help promote the conservation of sea turtles.

You can contribute to turtle conservation by following the three Rs: Reduce, Reuse, and Recycle. One of the best ways to do this is by avoiding single-use products especially plastic items. For instance, refrain from using disposable plastic bags that end up in the landfills and subsequently in our oceans. A good substitute is reusable cloth bags. You can also bring your own reusable water bottles, utensils, and straws to avoid their disposable counterparts.

Another great way to fight pollution is to participate in coastal and marine clean-up drives. You can even organize your own clean-up by getting the cooperation of family, friends, and other people who share your conservation goals.

Care for the coastlines

You can help take care of the coastline by keeping it clean. When you go to the beach, make sure that you do not leave any trash behind. Dispose of your garbage properly. If you see discarded bottles, food containers, etc. left by irresponsible beachgoers, do the right thing by picking them up and throwing them in the nearest trash can.

Do not buy products made of turtle parts

Many sea turtles are killed for their shells. Items made from turtles may be found in souvenir shops in some parts of the world. If you see products on the market such as jewelry made of parts of a turtle shell, please do not buy them.

Products made from turtle shells are not easy to identify. Sometimes, a seller can say that it’s imitation shell products but they are actually made from real sea turtle shells. Why risk it? If you’re not sure, it’s best not to buy it. When the demand for such products stops, it will also put an end to the cruel trade of turtles.